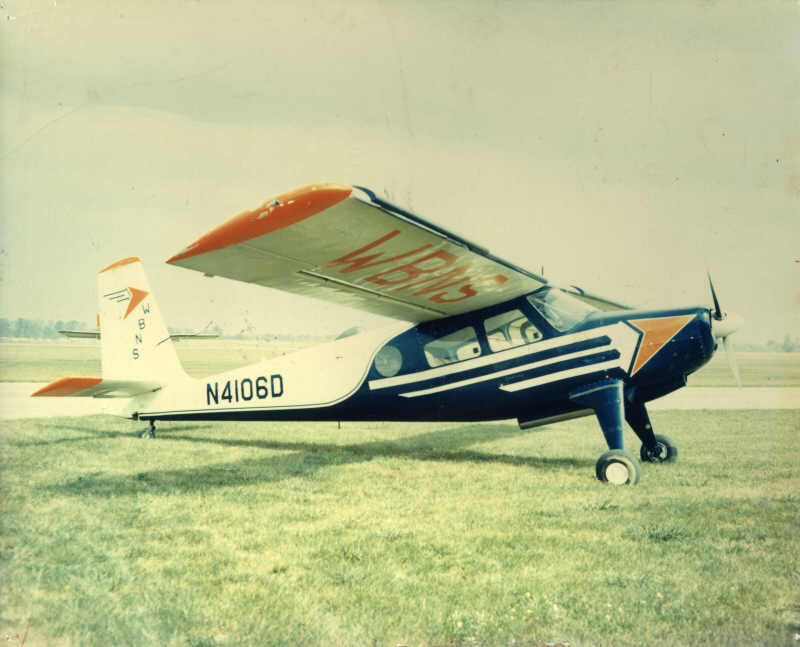 A Helio Courier airplane was used for a radio traffic survey in Columbus Ohio from about 1959 through 1971. The plane was owned by Worthington Aeronautical at first, later sold to Ronson Aeronautical. The traffic reporting was done on WBNS AM radio in Columbus by Columbus Police Department officers.

The main pilot and only mechanic for the WBNS traffic survey was Charles H. Britt (1921-2006). Other pilots included Ron Wright and Arthur Crawford.

from the Britt family collection

from the Britt family collection